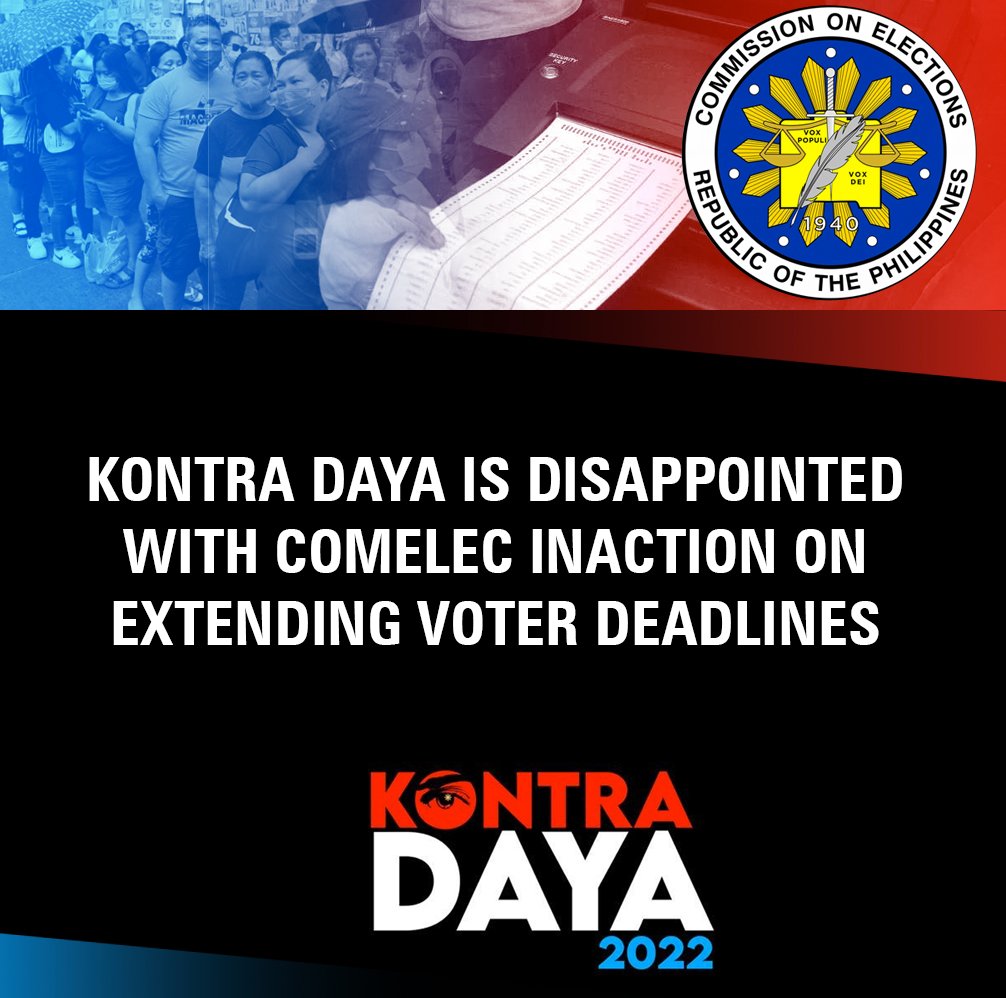 Kontra Daya strongly condemns the COMELEC’s refusal to extend voting hours. The poll body has effectively ignored the clamor of voters who had to endure long lines, stressful delays and other inconveniences caused by the inefficiency of COMELEC and Smartmatic.

To make matters worse, COMELEC has essentially remained silent on the problems, even claiming that they were only “minor.”

COMELEC’s inaction over the demand to extend voting hours only serves to add to its long list of shortcomings. Long lines in precincts were the result of COMELEC’s and Smartmatic’s lack of preparation and testing of vote counting machines. Its inaction only worsens their neglect over the state of the 2022 elections.

Kontra Daya continues to call on the COMELEC to investigate issues of machine errors and breakdowns, as well as red-tagging and disinformation. ###