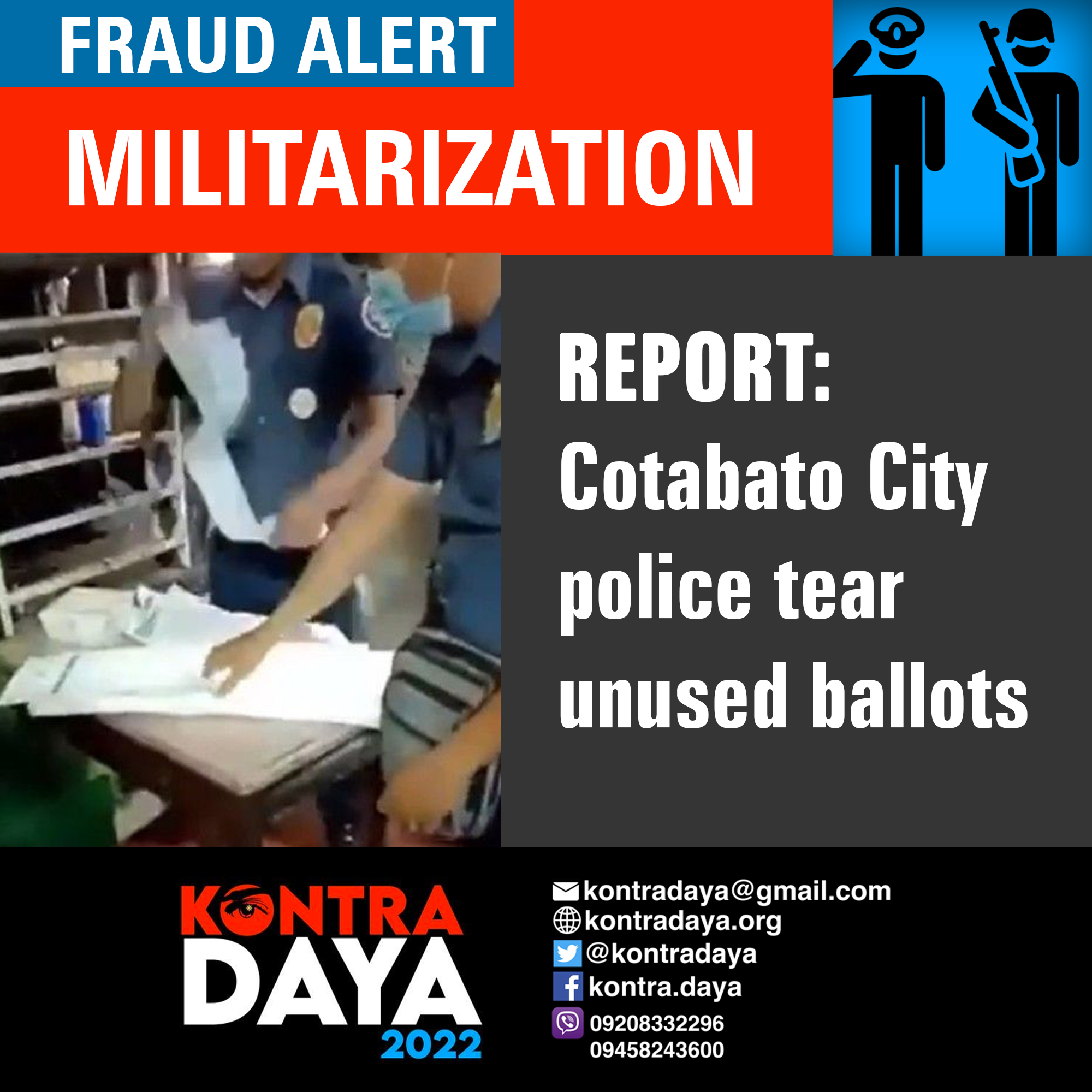 Police were seen tearing unused ballots in a polling precinct in Cotabato City after polls closed on Monday, May 9, in a video submitted to Kontra Daya.

COMELEC guidelines state that unused ballots must be torn after polls close to prevent their misuse. However, guidelines also state that police are barred from entering the polling precinct, except when they are casting their ballot or in cases of disruption of peace. Only the COMELEC-designated Board of Election Inspectors are allowed to tear unused ballots.

Mayoral candidate and re-electionist Frances Cynthia Guiani has claimed that the teared ballots were already shaded and not unused, and accused his rival Bruce Matabalao of cheating. While canvassing in the area is still not complete, the local COMELEC has stated that Matabalao is on track to win the elections due to an insurmountable lead. The camp of Guiani is planning to file an electoral protest disputing Matabalao’s victory.

For its part, the COMELEC was quoted in the media saying that the ballots being torn were not used on election day as they were mock ballots. The COMELEC, however, did not explain why the police officers were the ones tearing the ballots.

Cotabato City has been the center of multiple election-related incidents. Last Thursday, May 5, teacher volunteers for the 2022 elections protested in front of the local COMELEC office after receiving reports that they would be replaced with untrained teaching staff.