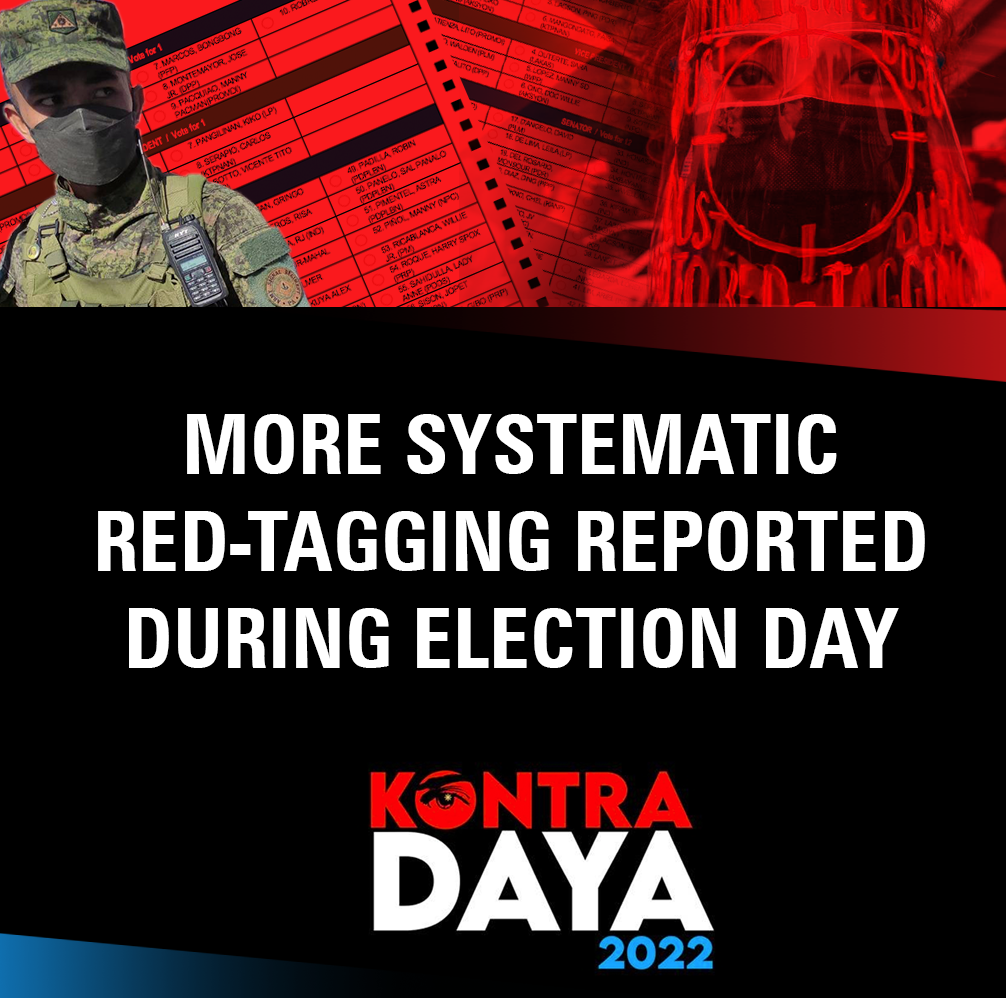 Military violations, technological hacks and disinformation characterized additional red-tagging incidents reported to Kontra Daya as election day progressed. These are on top of the earlier-recorded direct participation of the AFP in the terror-tagging of some candidates and party list groups, various tarpaulins vilifying them, and other instances of using fake news to demonize parties perceived by the government as critics or oppositionists.

In Calintaan, Occidental Mindoro, the military reportedly announced that part of the materials confiscated from the NPA were Leni Robredo campaign materials.

Tarpaulins and posters in various places in Cagayan, Metro Manila, Pampanga, and Laguna were found to bear the fake news that red-tagged candidates were disqualified or that they should not be voted for.

Meanwhile, activists’ phone numbers appeared to have been professionally hacked, implicating them in electioneering. Both the Anakpawis Party List and Save San Roque Alliance experienced being invoked in text messages announcing that they would be giving-away Php1,000 load cards and other effects.